The documentary `CASE STUDIES NL` is a research project that portrays a kaleidoscope of seven Dutch housing developments which all have adaptability and participation of the inhabitants as their core concepts. The key players of each project discuss the failures and successes of the various designs and their underlying processes. Although set in very different contexts and scales, mutual issues arise. Understanding these may help future initiatives and developments to succeed.

view DVD cover with list of projects and interviews

The documentary `Dreaming of a Treehouse` addresses the Ökohaus, an experimental collective housing project in Berlin, conceived by the famous German architect/engineer Frei Otto for the International Building Exhibition (IBA) of 1984-1987 held in Berlin. Through a series of interviews with the key players involved in the design and realization process, it looks back on the implemented innovative ecological and adaptable design strategies, as well as on the participatory co-design process behind this remarkable building.

NEW!!! - Watch `Dreaming of a treehouse` on demand with Chinese subtitles!

With the aim of creating an energy-efficient, green, social and flexible urban living environment fit for the challenges of the 21st century and its demands, Osaka Gas commissioned the experimental residential complex `NEXT21` in Osaka in 1989 (completed in 1993). 15 years into its existence and after three consecutive five-year cycles of ongoing inhabitation experimentation, this half-hour documentary `NEXT21 - an experiment` looks back on the context and conditions of its visionary and pioneering multi-disciplinary design process.

Interviews with the architects and engineers, inhabitants and Dutch architect John Habraken as commentator.

Louis LeRoy - life and work in time and space

Short portret of the Dutch artist Louis LeRoy and his work the `ecokathedraal`in the North of Holland.

All films are also available on DVD and can be ordered online. 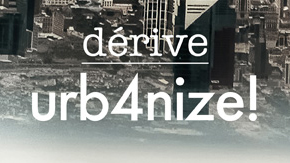 The films of x!mage have been shown publicly at following festivals and places:

Soundtrack of NEXT21 on last.fm

You can listen to the soundtrack of NEXT21 on last.fm by collaborating composer and sounddesigner Vladimir Rakic.

Short talk with Jord den Hollander about the films `Next21` and `Louis LeRoy`.(Dutch)